Welcome to the Third post in the Seven Forms of Lightsaber Combat series. In this section, we go over Soresu. Please refer to the Shii Cho and Makashi posts if you wish to read them in order. This is not meant as a technical manual, merely a guidepost for developing the Forms however you see fit.

Form III, Soresu, is rightly known as the Resilience Form. It is also known as the way of the Mynock, a winged parasite that could live in the vacuum of space and often could be found chewing on power cables of starships, eventually rendering them useless. This description makes it ideal for Soresu, as it too has the ability to survive harsh conditions and drain the enemies resources and creating disaster.

Soresu is a vast departure from Forms I and II in that it focuses almost entirely on the defensive capabilities of the lightsaber. A lightsaber can cut nearly everything. What it cannot cut is the blade of another lightsaber and blaster bolts. Soresu was developed as an answer to both, a means of creating a sphere of defense. It was marked as using the blade as 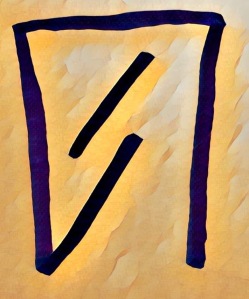 close to the body as possible, allowing for omni-directional defense. Also, it broke from the linear footwork of the previous forms to one that allowed it to move freely. This allowed a user to create an impenetrable wall around themselves from attackers at all ranges.

The Form is as much distinguished by its strategy as it is by its technique. Soresu has a mindset about it, which as previously stated mirrors that of the mynock. The goal of the Soresu user is to defend against attacks from all angles and to end the fight as quickly as possible. They are to defend until the opponent wears themselves down, allowing for the user to strike an open Mark that has become vulnerable. Like the mynock, they have worn down resources until disaster strikes.

Many people assume that Soresu was only for blasters and long range strikes. While it certainly has that advantage, especially compared to its predecessors, it is not limited to it. The third Form is about attaining victory through defense. Whether you are defending from a long ranged attacker or dueling another lightsaber user, Soresu users would prefer that the best offense is a great defense.

Form III is not without its faults, though. Soresu is a passive Form that requires the opponent to strike first. The user cannot defend if they are not being attacked. This is not a problem for some, but there are others who wish to be more proactive. Furthermore, its strategy is also its blindeside. The Soresu user must be able to maintain their defense and not wear down. This leads to the user needing to avoid long, protracted fights against large number of opponents. Sooner or later, the defense will break and they will be the ones with the openings.

Finding an analogue to Soresu in the Real World is a difficult task. There are no martial arts that view everything in a primarily defensive view. Instead, like Shii Cho, consider the combined tactics and methodology of various Martial Arts combined. How does a Karate user defend? How does a longsword user? A fencer? How does someone with a staff defend against a chain? Learning different styles and different weapons  defensive capabilities will help in understanding Soresu. A close analogue would be the use of the dao, or Chinese broadsword. Its design allows the blade to be in close contact with the body in sweeping defense while still moving and still looking for an opening.

Many find Soresu to be a passive Form, both in and out of the Star Wars Universe. It is entirely defensive, and therefore too reliant on the opponent. However, one of the benefits of using a lightsaber should be taken into consideration. A lightsaber is a blade that is always cutting regardless of the angle. There is no flat of the blade to deflect, there is no edge. It is all edge. So while someone may defend, their blade can still cut. Imagine a Soresu using their blade around, defending against multiple opponents, or in a confined space. Every move of that blade could spell death for those around it. One has to look at Soresu as one would look at a hurricane. Sure, it’s just a lot of wind and water moving around in a circle.

You still get out of the way for the hurricane.

I also think that many people view this as an inherently weak form due to its passivity. They often forget that, while the Jedi favored it more, it was a Form also employed by the Sith. Imagine a Sith using this Form. Imagine them sapping the reserves of their opponent, wearing them down. Imagine them using that exhaustion against them, until either their body or their will broke. Soresu can be a sadistic style, if one decides on it. Yes, it may be passive, but so are snipers until you give them an opening.

Soresu is a lesson in controlling the opponent by yielding to their advance. By this I mean that if someone is set on attacking, you have the ability to control how and where they attack. Soresu users can create openings on themselves, taunting the opponent while all the while anticipating their strike. This subtle manipulation can lead to a disheartening, a draining of their emotional fortitude as well as their physical reserves.

Another thing that many may not consider about Soresu is that the best defense is often when you’re not there. Soresu users would be tactically aware of their surrounding environment, employing the sokan to enhance their defense and make the opponent work all the  harder for their victory. The Soresu user is at their best when fighting in a location they have scouted previously and have prepared for the enemy. They can control the pitch and tenor of the fight with the least amount of effort used on their behalf.

Fighting a Soresu user is a difficult task, especially if you’re looking to defeat them. They are the Tanks of lightsaber combat. Attacking them directly is something that the Soresu user wants to happen. So the goal then becomes to attack them indirectly. Begin to use the environment to your will, or employ more subtle tactics such as feints or ploys. Draw the Soresu user out of their protective shell, make them work for their victory.

A good example of Soresu in real world applications is the Ali/Foreman match in 1974, commonly known as the Rumble in the Jungle. Ali began the fight laying into the heavyweight champion with powerful rights. Foreman was a powerful boxer with a penchant for cutting off the ring from his opponent, and Ali knew if he continued to fight Foreman’s way, he’d lose out quickly. So, in the second round, he started blocking himself closely while going to the ropes. Foreman would lay into him, but Ali’s closed off blocking made little to no dent. Ali, in the meanwhile, would break the monotony of the match by straight punching Foreman in the face. Ali would also taunt Foreman while cocooning himself, daring him to punch more and punch harder.

Eventually this all got to Foreman, who found himself sapped of energy from delivering heavy and ineffective punches and consistent face shots. When he dropped his guard, Ali broke out of the defensive and attacked Foreman with a flurry of blows. All of this overwhelmed the exhausted champion, and he collapsed. Ali gave Foreman limited opportunities to win while tempting Foreman to try in a bid to make him drop his famous guard. When a fighter’s guard breaks, then the fighter is soon to follow.

Soresu is the Form of patience and endurance. Those that can master it can master themselves and those that wish to do them harm. While it may not be the flashiest of Forms, it is one that should not be taken lightly. Those who do underestimate it do so at their own peril.